For the second role play area of the summer i chose Goldilocks and the Three Bears and we focused on a bear theme all week. 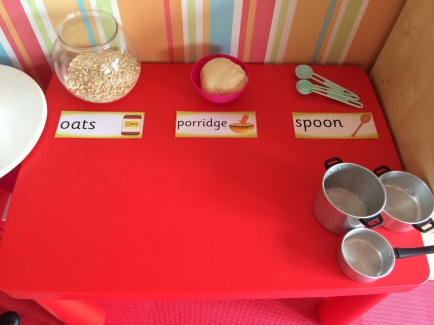 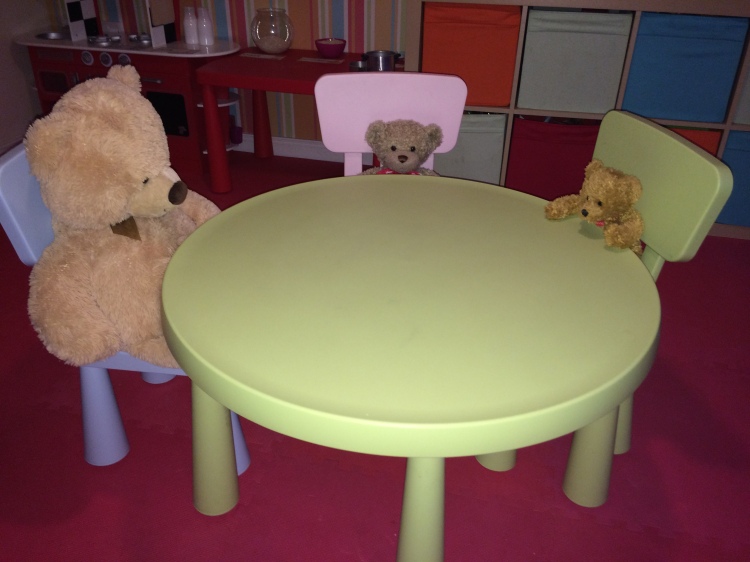 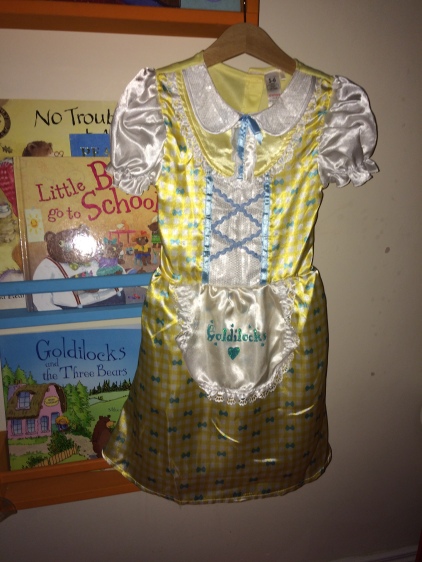 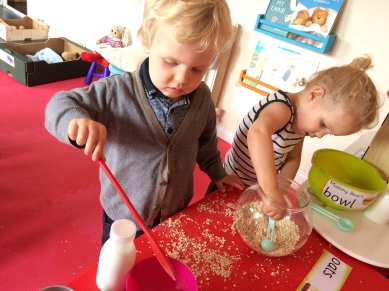 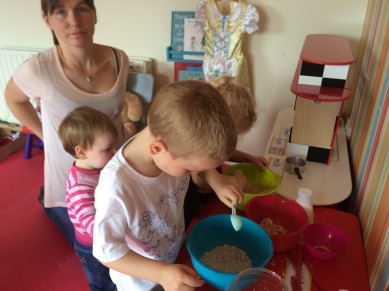 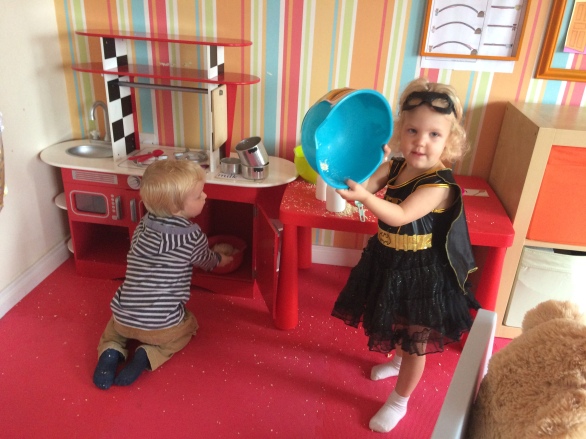 I also made the three bears small world on our tuff tray which we used to tell the story a number of times over the week but as ive discovered previously the kids still seem a bit young to play with these on their own. 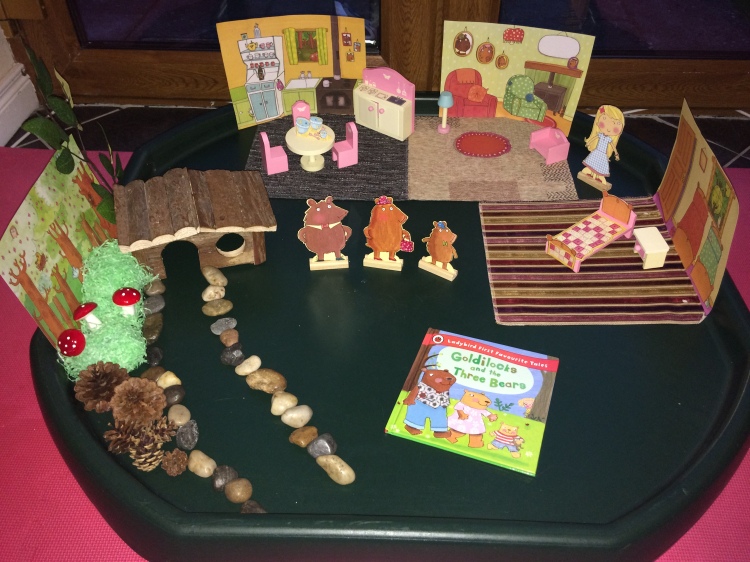 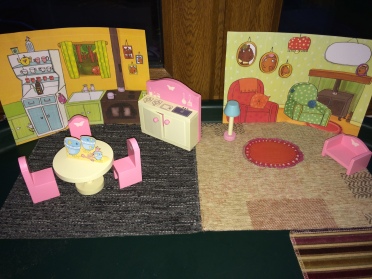 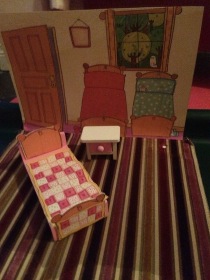 We had a teddy bears birthday picnic but they didnt show a huge amount of interest in this. 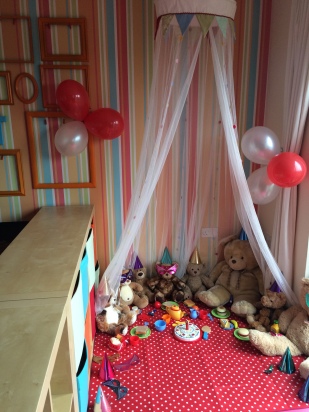 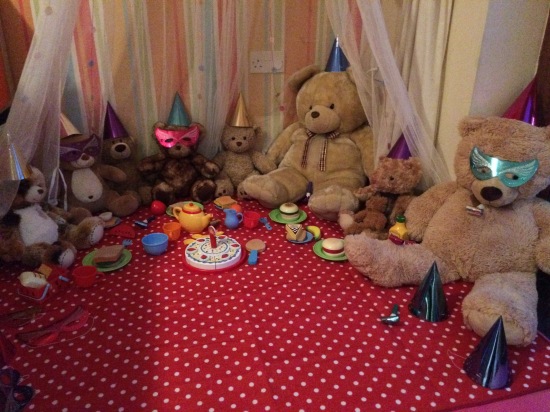 Ive started selecting out some of our educational toys (that are usually stored upstairs) and bringing them down to the play room so they will get more use.  Our toys this week were:- Melissa and Doug dress up bears, Melissa and Doug alphabet puzzle, Melissa and Doug lacing bear, counting bears, their new name puzzles and letter B word basket. 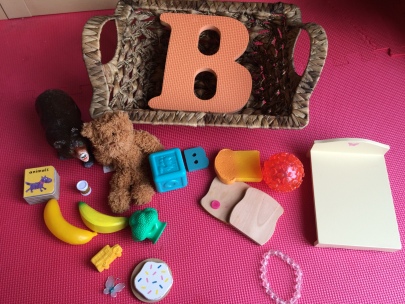 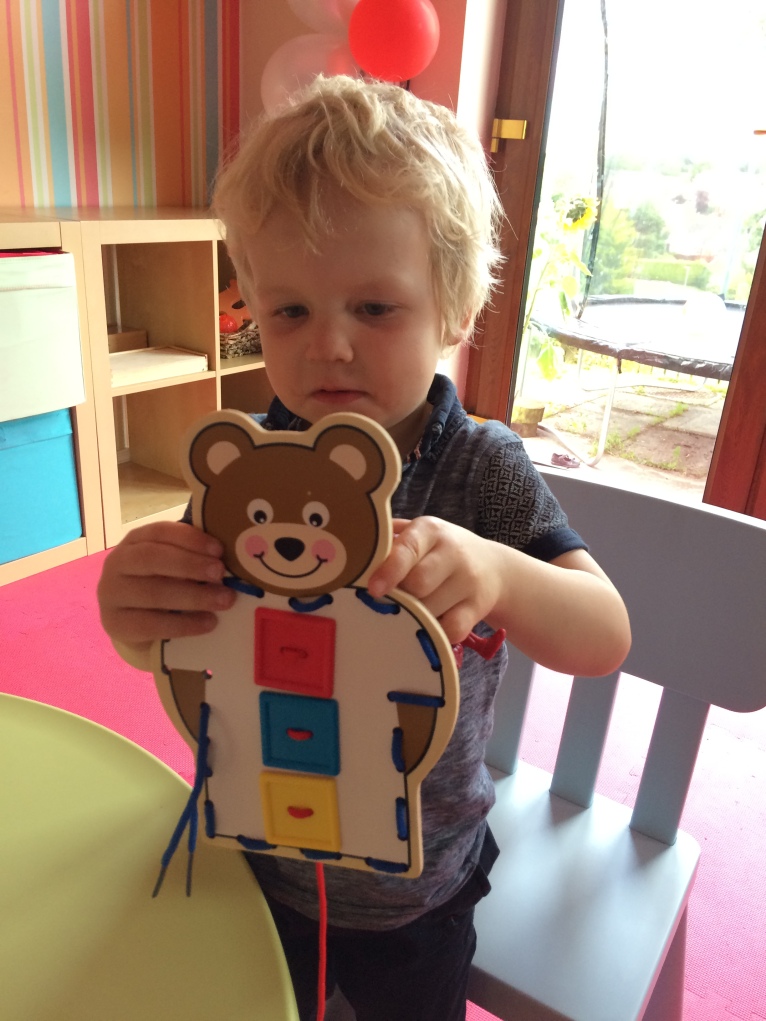 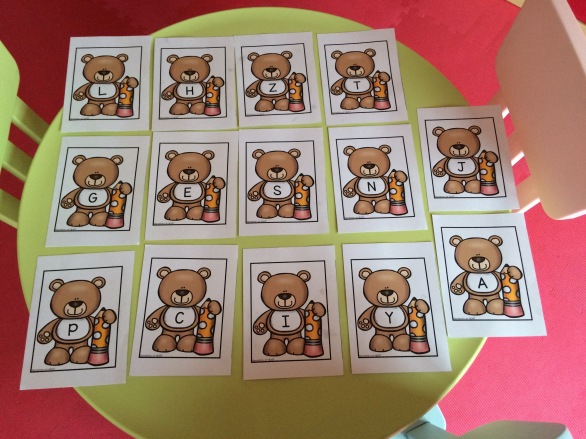 Incidentally, Elyse knew 12 letters when asked in the middle of the week too (shes only 27 months).   However, shes better at the letter sounds and i need more time alone with her to check how much she really does know.  I suspect she knows most of them but they come and go with her whereas Kealan seems to be retaining the same ones.

I used a lot of printable materials this week, some free and some paid for from teachers pay teachers. 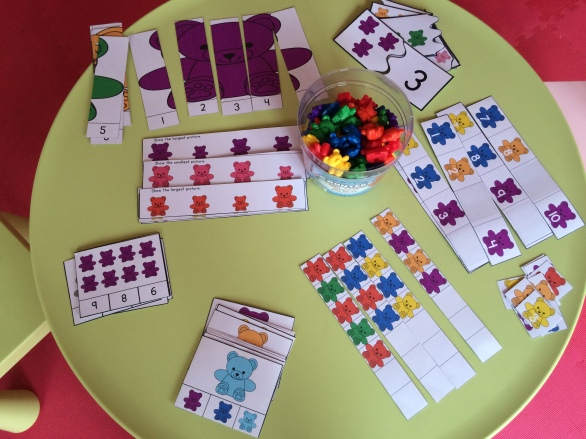 I was thrilled with the work they both completed and by the fact they seemed to enjoy it.  Kealan especially amazed me with his understanding of first letter sounds.  Elyse enjoyed colouring and playing with the counting bears (which were bought for this week).  We also read bear themed books all week including favourites – We’re going on a bear hunt, Theres a bear on my chair and Peace at last. 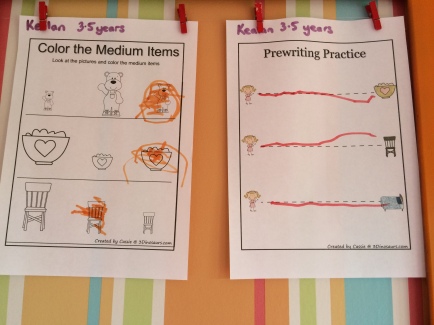 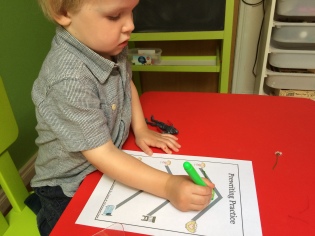 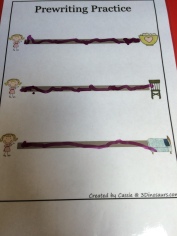 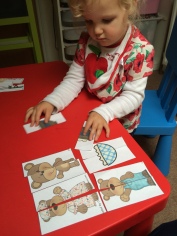 Other things this week:- we had numerous trips to different parks, we had oscar, tobi, lilou, amelie, patrick and cora round to play, visits to nanny and grandads and tobi and lilous.  They are still fixated with Max and Ruby on the TV, enjoy the trampoline and Kealan is enjoying playing with his friends more and more.  Its all shooting and fighting bad guys but im thrilled he is becoming more sociable.  Elyse remains sociable, very and absolutely nuts.  For their ‘being good’ prizes this sunday kealan got a Thor figure and Elyse got a minions playdough set.  They were thrilled.  It was a tough week for me, kealan had a number of upsets and his overly sensitive nature seemed to return. I responded badly and made things worse but by Saturday I think we turned things around and had a very happy weekend. Elyse too had her moments but then she’s two and dropped her nap a number of times this week so a few tantrums to be expected. Looking forward to some nice weather this week and more progress with our alphabet mission. 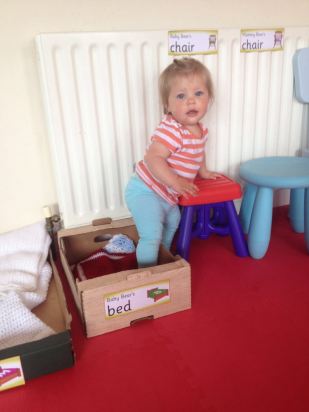